You decided to create a new application for iOS and you want to program the app with the React Native framework.

Here is a list with all the steps you have to take if you want to start XCode Simulator and test the UI of your application on your developer machine:

There might also be the case, that you already started a node server for your application, you want to start the Simulator again and now you get the following error message in the terminal when you hit npm start: 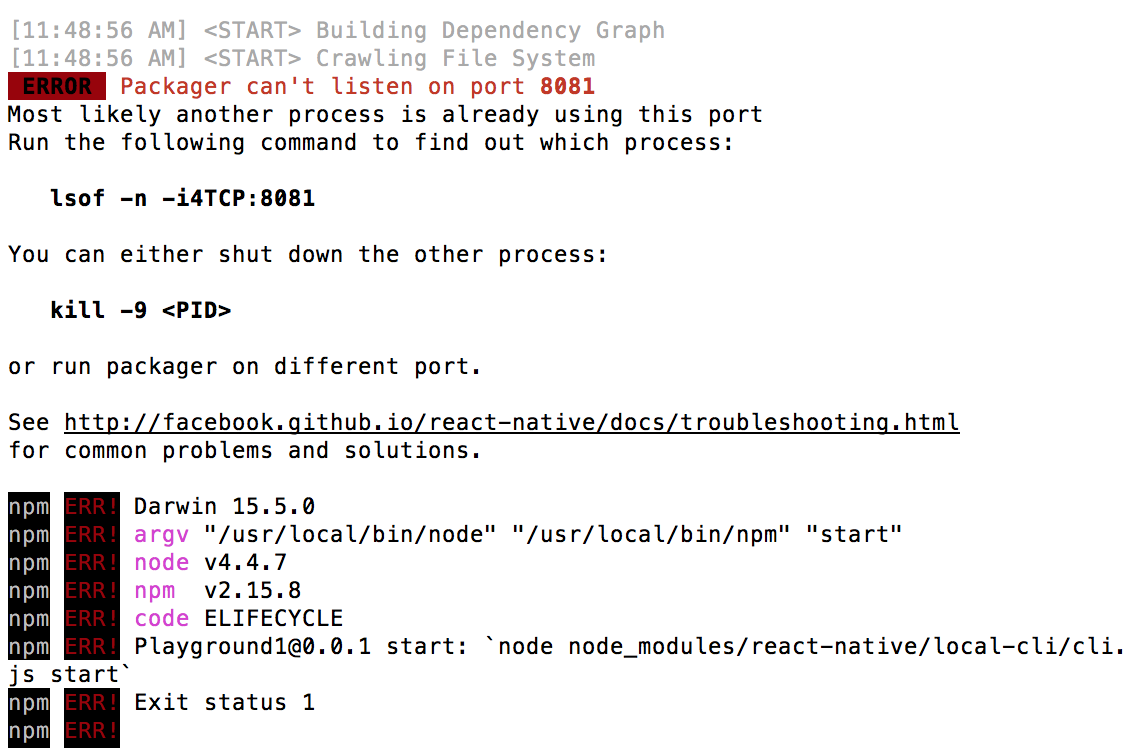 The error message indicates that you are trying to start a node server on a port that is already being used (most probably by an older node server instance). To solve this error just run the two suggested commands:

Now you can rerun the npm start command.

Drop me a line if this small guide helped you.